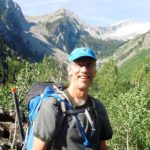 Tom Zeiner is a professional geologist and amateur botanist. An interest in tracking wildflower blooms began in 2002 on Green Mountain in Jefferson County. That has now led to working with the Festival as well as the Colorado Native Plant Society. Tom is a Colorado Native Plant Master and enjoys explaining all about the local flora and geology to anyone who’s bold enough to hike, bike, or run with him. He and his wife, Kim, settled on Crested Butte for a retirement home after realizing it’s the best place in the state for rocks, flowers and people. Tom joined the Wildflower Festival’s Board of Directors in September 2014. 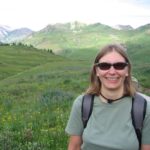 Peggy has been visiting since the early 90’s and living full-time in the Gunnison valley since 2000. She began her career at a large management consulting company before founding a consulting partnership focused on strategy development and implementation. After enjoying extensive travel for work, she now relishesstaying home and hiking, biking, and skiing. Peggy joined the Wildflower Festival Board in 2017 and appreciates the opportunity to contribute to sharing and preserving the beauty that surrounds us. 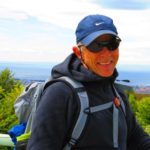 Tom and his wife, Dawn, came to Crested Butte on their honeymoon 27 years ago and fell in love with the town, the people and the beauty of the valley. Returning often over the years the love grew and Tom and Dawn now live in Crested Butte part-time. The wildflowers in particular make Crested Butte a paradise and, like so many others, Tom loves to be outdoors playing in them. His hobbies include music, photography, mountain biking, hiking and skiing. Recently appointed to the board Tom hopes to use his 35 years of experience as a Certified Public Accountant and Certified Financial Planner to help the Festival in whatever way he can. 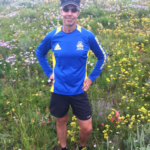 Jeffery Delaney is a native of Chicago. After completing a bachelor of science in geology and master’s degree in civil and environmental engineering, he moved west and began integrating geology and engineering professionally.

After over 30 years in the energy industry, Jeff changed career paths and began mentoring high school students in Denver as a coach and tutor.

Jeff enjoys running and competing in big city marathons, trail ultra-marathons and shorter trail races.  He also enjoys cycling, hiking, climbing, skiing, and adventure travel. Crested Butte has been a second home to Jeff and his wife Dana since 2004.

Jeff began volunteering for the Crested Butte Wildflower Fest in 2013 and has been a festival hike leader since 2014. 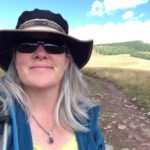 Amy has been studying geology around Crested Butte for 25 years and is fascinated with how local geology influences the pattern of wildflowers. Starting in 2013, she’s led Geobotany tours for the Wildflower Festival and joined the BOD in 2019. Currently a research scientist at the Rocky Mountain Biological Laboratory (RMBL) in Crested Butte, she works on problems in geomorphology-geology-ecology-paleoclimate and writing a book on the geology of the Western Slope of Colorado. Amy has a PhD and MS (geology/geomorphology) from the University of New Mexico and a BS from the University of Minnesota (geology and geophysics). She brings broad experience working with non-profits: 9 years with RMBL as Director of Science Communications and 8 years as Co-Director and Co-Founder of the Science Education Institute of the Southwest. 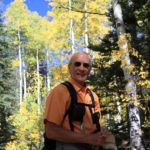 Bill has been hiking the back country around Crested Butte for almost three decades. He is a lawyer licensed in Louisiana and Colorado and has been named as one of Louisiana’s “Super Lawyers”. Bill has volunteered with the Wildflower Festival for a number of years and he was named to the Board in September 2014. He has been a second home owner in the valley for over twenty years and also serves on the Board of the Mountain Heritage Museum and the Advisory Board of the CrestedButteCenter for the Arts. In addition to hiking, Bill enjoys gardening, cooking and running (having completed 40 marathons).